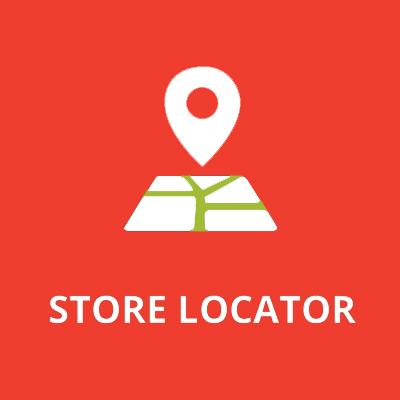 Massibec enr. is a division of Ferme Paul Massicotte & Fils Inc. and specializes in the processing of ready-to-eat products. It has set up a food safety management system that meets the international standard FSSC 22000. Massibec occupies a single building located at 767, Notre-Dame, Champlain, G0X 1C0.

The products are sold mainly in retail markets at restaurants and HRI. The company distributes its products or has them distributed through various distributors throughout Quebec 1 to 2 times a week.

In 1965, Paul and his wife Lise bought the family farm, made up of 55 heads of cattle, half of which are purebred. Throughout the years, the farm has grown steadily, reaching 150 heads of cattle and 400 acres in cultivation in 1987, including a few acres of sweet corn.

In the same year, a study by the Quebec Ministry of Agriculture and Fisheries showed that cabbage production was unusual in the Mauricie region. After reading this study, Paul Massicotte believed that the production of cabbages could be interesting, but that the transformation of ready-made salads and their marketing in rotisseries or restaurants would be even more profitable. It is then his wife Lise, tested recipes, had people taste them, and finally came up with a recipe that made the salad delicious, easy to preserve, while keeping it profitable. His first client was an IGA vendor, who, shortly afterwards, asked for more varieties to add to his already impressive request.

In 1996, the company decided to add to a new production to its portfolio. From that point on, the farm began to produce strawberries.

In 1999, the company saw the growth potential of Massibec, and built its first processing plant in its native county, Champlain. The factory was located on the same land as the vegetable production.

Thanks to this new processing plant, in 2001 the Massicotte brothers developed a new range of products, and pastries (tarts). By developing these new products, the company transformed its farmed berries into a pie filling.

In 2004, they recognized the magnitude of the demand, and enlarged the building inaugurated 5 years prior. This addition was necessary in order to satisfy the ever-increasing demand of its customers.

Today Massibec has more than 1,400 customers who are supplied once or twice a week. Its production includes a line of products comprising 14 kinds of prepared salads as well as 15 kinds of tarts. The farm has 250 head of cattle, 800 acres of land, of which 100 acres is in vegetable production.

Our Journey
Story of the Family’s First Generation

If we want to tell the Massicotte family’s story we must rewing to 1952. In the photo, we see the construction of a wooden silo that Paul Massicotte helped build at the age of 13. Had already the inner fire and passion for building a milk room in the future.

The real beginning of this beautiful adventure begins in 1961, at Lise and Paul Massicotte’s wedding.

Construction of the first milk chamber.

The dairy farm diversifies into food processing.
In 1986, the Paul Massicotte & Fils Farm begins its great adventure in food processing by launching (under the Massibec name) fresh products filled with countryside taste. Following a study demonstrating the rareness of cabbage production in the area, they started harvesting it. From a value-added perspective, they developed and marketed ready-made cabbage salads. Then continued to respond to the increasing demand by launching a large range of ready-made salads.

A fire destroyed the farm’s buildings. Paul Massicotte & Fils built a new one.

The Massicotte family hosted the Holstein picnic, with 2,300 attendees.

Expansion of the food processing plant.

Mrs. Lise Hamelin Massicotte is appointed as “Provincial Farmer of the Year”.

Start of Massibec pies & desserts’ marketing.
Following an exceptional strawberry harvest, Paul recommended that they start developing pastries. That recommendation was enough for Mrs. Massicotte to start developing new recipes, enabling the company to create and launch a delicious strawberry pie. Within the same year, they marketed eight other types of pies to complete their offer.

Paul Massicotte, President of the Federated COOP Movement, retired after serving 30 years in the Council and 11 years as President.

Expansion of the processing plant to meet the increase in demand.
Participation in “Above the Market” Program (see video above)

Recipient of the 2nd rank of the National Order of Agricultural Merit, bronze category.

Massibec invests heavily in its properties to comply with the quality standard and meet the demand of its customers. They receive the FSSC 22000: 2010 certification.

Massibec commits itself to promoting Quebec’s bio-food products by becoming a “Aliments du Québec” and by certifying its products.

Massibec participates in the 2016 Artisan Gala finishes off the year with a bang as finalist of the competition. In 2017, they participate in the “Gens de la Terre et Saveurs de la Mauricie” and the win the competition within the “Food” category.